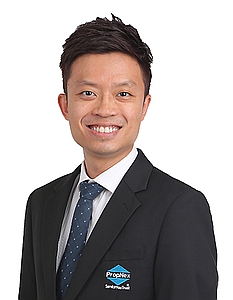 URA latest Private New Homes figures released today depicted a total of 522 private new homes (excluding ECs) transacted in the month of January 2018. This is the highest number of units sold in January comparing Year-on-Year since 2015. Comparing with last year, January 2017 (382 units sold), there was a 37 per cent increase of units sold this year. However, the total units sold is lower than the average monthly figure as most developers are timing their project launches, preferring to wait after the Chinese New Year (CNY) celebrations. 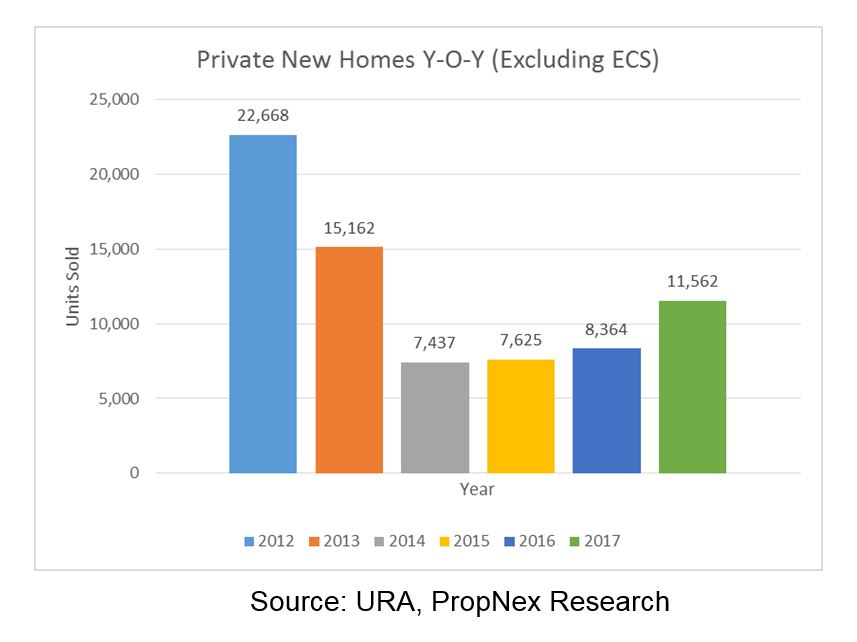 Mr Ismail Gafoor, CEO of PropNex Realty remarked, “Usually the months of December and January are the slower months with lesser property activities. However, a closer look at the figures comparing with the past few years, it seems to depict that January 2018 is gaining momentum with home buyers and upgraders making their move to purchase existing stocks of private homes available which are rightly priced, before prices are predicted go up in the later part of this year.”

(CCR) accounted for 35 per cent and 5 per cent respectively. This can be attributed to HDB upgraders who are choosing to purchase properties in the OCR.

A total of 65 units of the previously launched project, Symphony Suites were sold in the month of January. Below is the list of Top 5 selling units in January 2018: 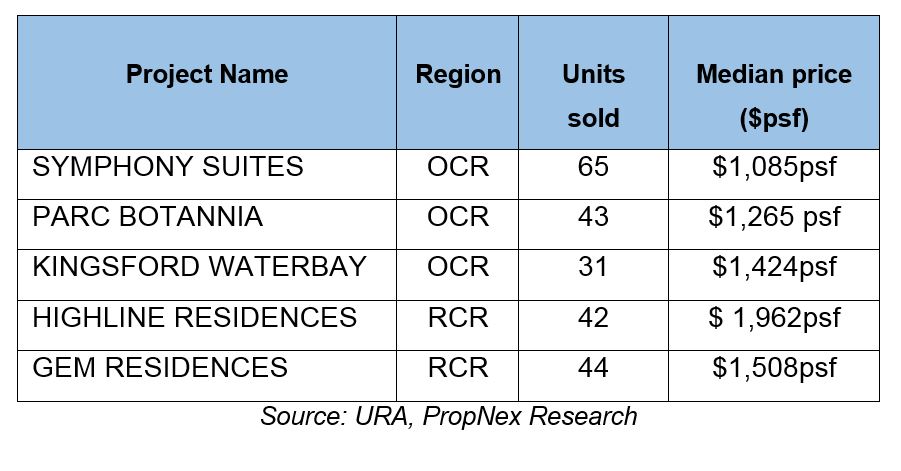 Healthy number of transactions expected in coming months
Mr Ismail expects activities to pick up in the real estate market after Chinese New Year, in the first quarter of 2018 with the likely upcoming launches of The Tapestry at Tampines Avenue 10, The Enclave @ Holland and possibly Rivercove Residences EC. He added, “Activities in the market will pick up from March onwards with transactions along the lines of 1,000 units.” he added.

Mr Ismail predicts that the new private home sales for 2018 is likely to remain similar to 2017 with approximately 12,000 units (excluding ECs) to be sold.