Private new home sales segment maintain its momentum for the month of August, amidst the Hungry Ghost Festivities

Private new home sales segment maintain its momentum for the month of August, amidst the Hungry Ghost Festivities

FOR IMMEDIATE RELEASE 16 September 2019 – A total of 1,122 units of Private New Homes (Excluding ECs) were sold for the month of August. An 81.8% year-on-year (y-o-y) surge in the number of units sold, in comparison with the 617 units transacted in the previous year. 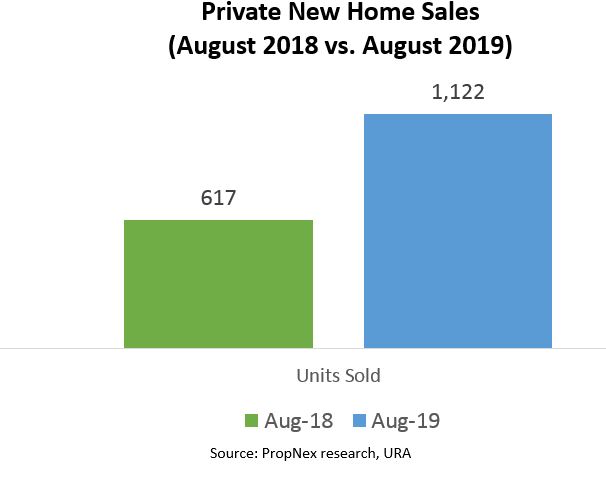 Chief Executive Officer of PropNex Realty, Mr Ismail Gafoor mentioned that, “Typically, for the month of August, sales are relatively slower due to the hungry ghost festivities, resulting in fewer new launches. However, the private new home sales for the month of August crossed the 1,000-unit mark, exceeding the corresponding year’s 617 units, an 81.8% (y-o-y) increase. This can be attributed to the successful new launch of Parc Clematis, selling over 316 units for the month of August. Mass market projects such as Treasure at Tampines and The Florence Residences maintained its popularity in appealing to buyers and investors. As the vibrancy of the overall private new home sales segment continue to be anchored by rightly priced projects.” 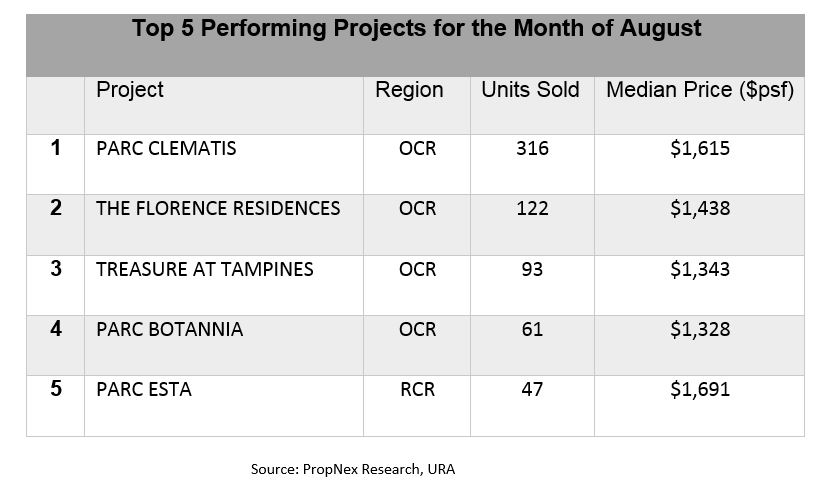 The top 5 best-selling new launches for the month of August were Parc Clematis, The Florence Residences, Treasure At Tampines, Parc Botannia and Parc Esta. With Parc Clematis, being the top selling development, with a total of 316 units sold at a median price of $1,615 psf. Trailing closely was The Florence Residences, which sold a total of 122 units at a median price of $1,438 psf.

Mr.Ismail further remarked that, “As we are moving towards to the last quarter of the year, the first 8 months of 2019 have reached a total of 6,488 private new home sales (excluding ECs), This has effectively surpassed the sales volume of 6,288 units in the corresponding time period in 2018, a 3.2% (y-o-y) increase. We anticipate that the overall sales volume will likely exceed the 9,000 mark for the entire year. As more new launches are expected in the coming months.”